The Best Mom Advice That I Actually Use 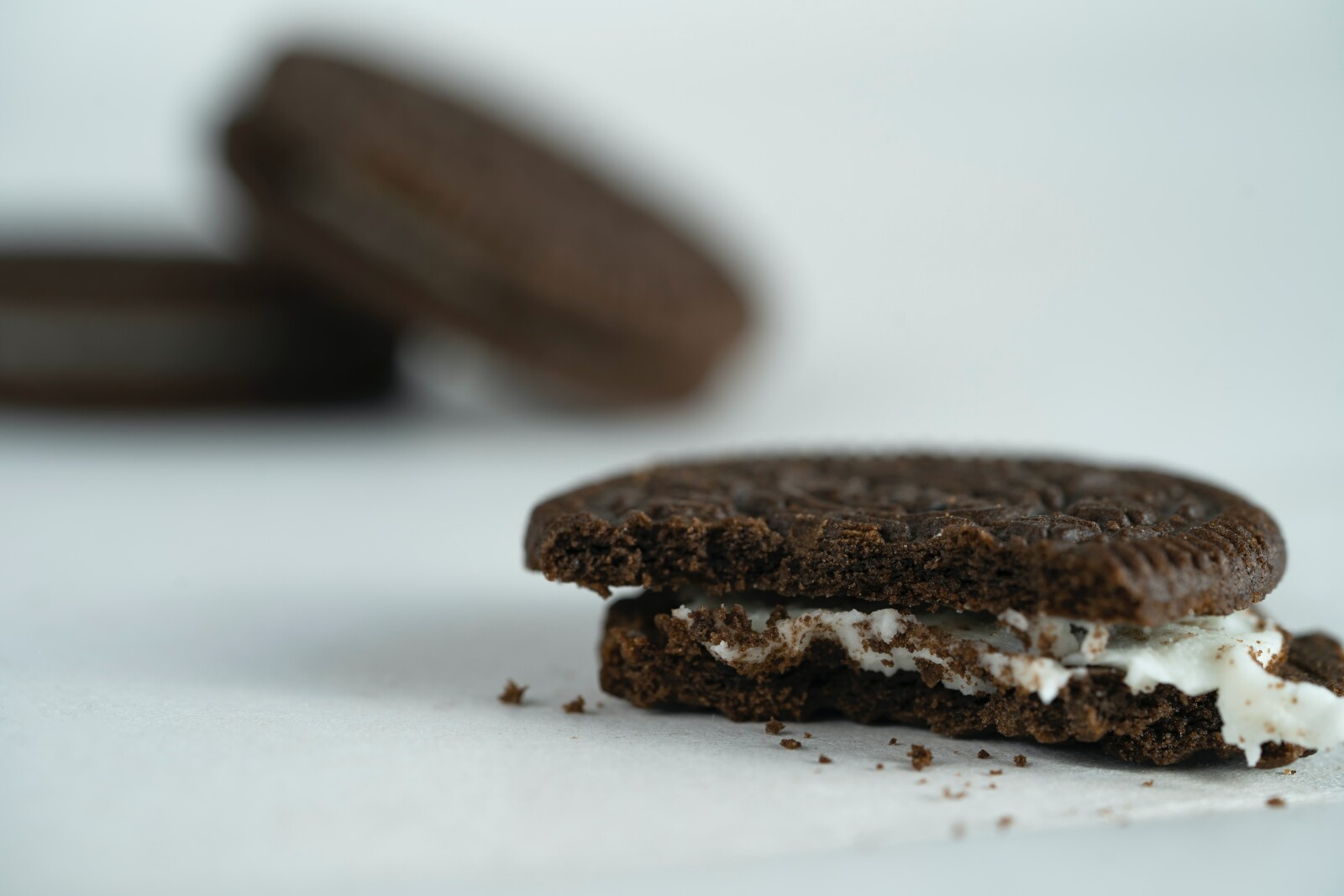 Becoming a mom was a lifelong dream for me. Every time I dreamed about my life as an adult, it included children. I totally had no idea what I was in for, but I was excited to be on that journey. When I became a mom, we had dial up internet service, so most of what I needed to know I was finding in books or from trusted women in my life, like my mom. One of the best nuggets of mom wisdom I ever received was

Don’t ask a question if you already know the answer.

This sounds simple, but it is way harder than you may think. Let me set the stage for you... I walk into the kitchen before dinner to see cookie crumbs all over the counter and a smear of chocolate on my child’s face. Many would ask, “Did you take a cookie without asking?” Sounds reasonable at first glance, but here’s the problem. You already know the answer. By asking the question this way, you are setting up your little darling to lie to you. I am not looking to make my child a liar when they are already a thief. That adds to their list of offenses when they are likely just testing limits. Do I really want to know if they took a cookie? Nope. I am just upset that they did.

Here’s a better response. “I see someone took a cookie from the cookie jar.” (I could name them but that opens up a defensive stance that doesn’t serve my purpose here.) “Will you help me clean up the counter?” At this point, the child is offered an opportunity to clean up after themselves. They know they were guilty and they will likely offer an apology which I can accept and express my disappointment at their choice. I likely would follow up with dessert for dinner that is the cookies that were already consumed by my little cherub who would then have to go without. I know each child is different, but this worked for me, most of the time.

Another example is when I hear my daughters arguing and calling each other names. I don’t need to ask what they said. I already know that. I may come in and reflect that they seem frustrated with each other. We may brainstorm other word choices they could use that would be more productive. Getting “in trouble” is not the goal here. The goal is to train them up with positive values that will serve them well in life.

This was advice I used in the classroom as well. A great example of this is when monitoring the playground, I may see a child throw a rock which is against the safety rules. Inevitably, there would be a scurry of children running my direction to alert me to the situation. Of course, I already saw what happened.

Many teachers would ask, “did you throw a rock?” even when they clearly saw what happened. I think the intent is to elicit a confession from the offending child. But, I don’t see that as a helpful strategy. The child is more likely to lie to avoid trouble, which just makes things worse.

With my approach, I turn to the offender and state, “I saw you threw a rock. Can you tell me what was happening?” This does a couple of things. First, it allows the offender to be honest about the situation. It also gives them a chance to explain what was going on prior to what I saw. Then I can check to see if they understand the rule against rock throwing and it’s purpose. Again, my goal is not to get children “in trouble,” but rather to help give them tools and strategies to use in the future.

Sometimes, we ask questions when our children are doing things and we really don't want to hear the answer. This happened more as my children got older. I would ask them all about their days but there were just some things that I would prefer not to know.  I learned very quickly that I am not actually interested in Minecraft and all the details of the world they have built. I stopped asking what they were working on because I really didn't want to know the answer. Instead, I would rephrase things and ask, "did you have fun working on Minecraft today?" This allowed me to show an interest without getting a walk through tour of their new world. Of course, I would still get the unsolicited tours from time to time.

When dealing with teens, you may not actually want to hear ALL the details of what they talk about or do with their friends. Now, I'm not saying to distance yourself from the teens in your life. Just choose carefully what questions you are prepared to hear the answers for. This is different for everyone. Parenting teens is a whole blog post or series in and of itself.

Before asking a question, ask yourself, "do I really want an answer to that question?"

By changing your approach, you may find that children are much more open to discuss what happened, rather than become defensive and secretive. Parenting is all about training them up with strong characters. I don’t actually want to catch any child in a lie. I want them to have an opportunity to be honest with me. That starts with me being forthcoming on what I know already. Then we can move forward with purpose together.

Did you know I have a Facebook group for moms? You can join us here.
Disclosure: This post may contain affiliate links. That means I may make a small commission from any purchases using the link at NO cost to you. All opinions are always completely my own.

Want to subscribe to my blog so you don't miss a thing? Click here and I'll shoot you an email whenever a new blog post lands. 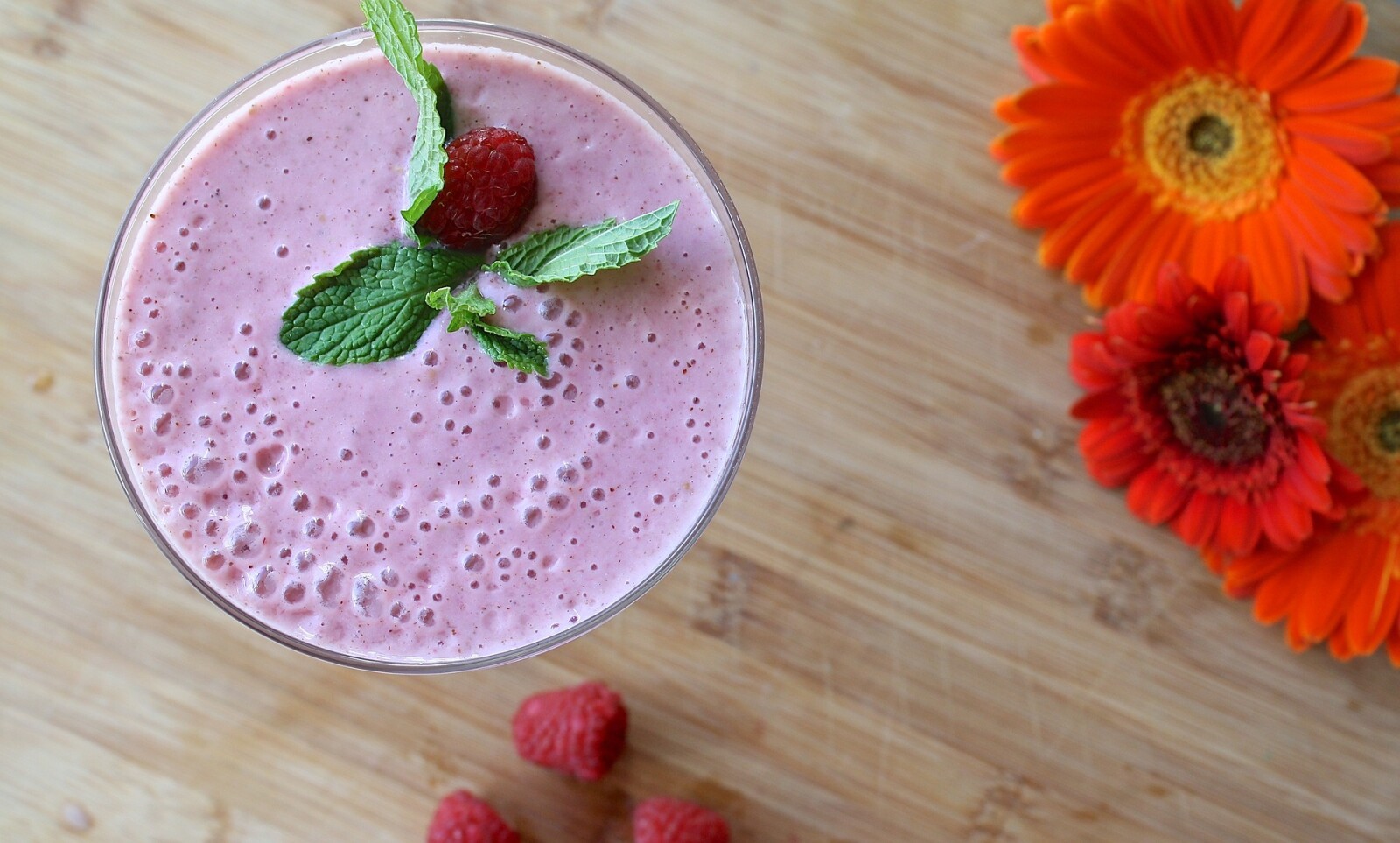 Fresh Smoothies Without All the Hassle 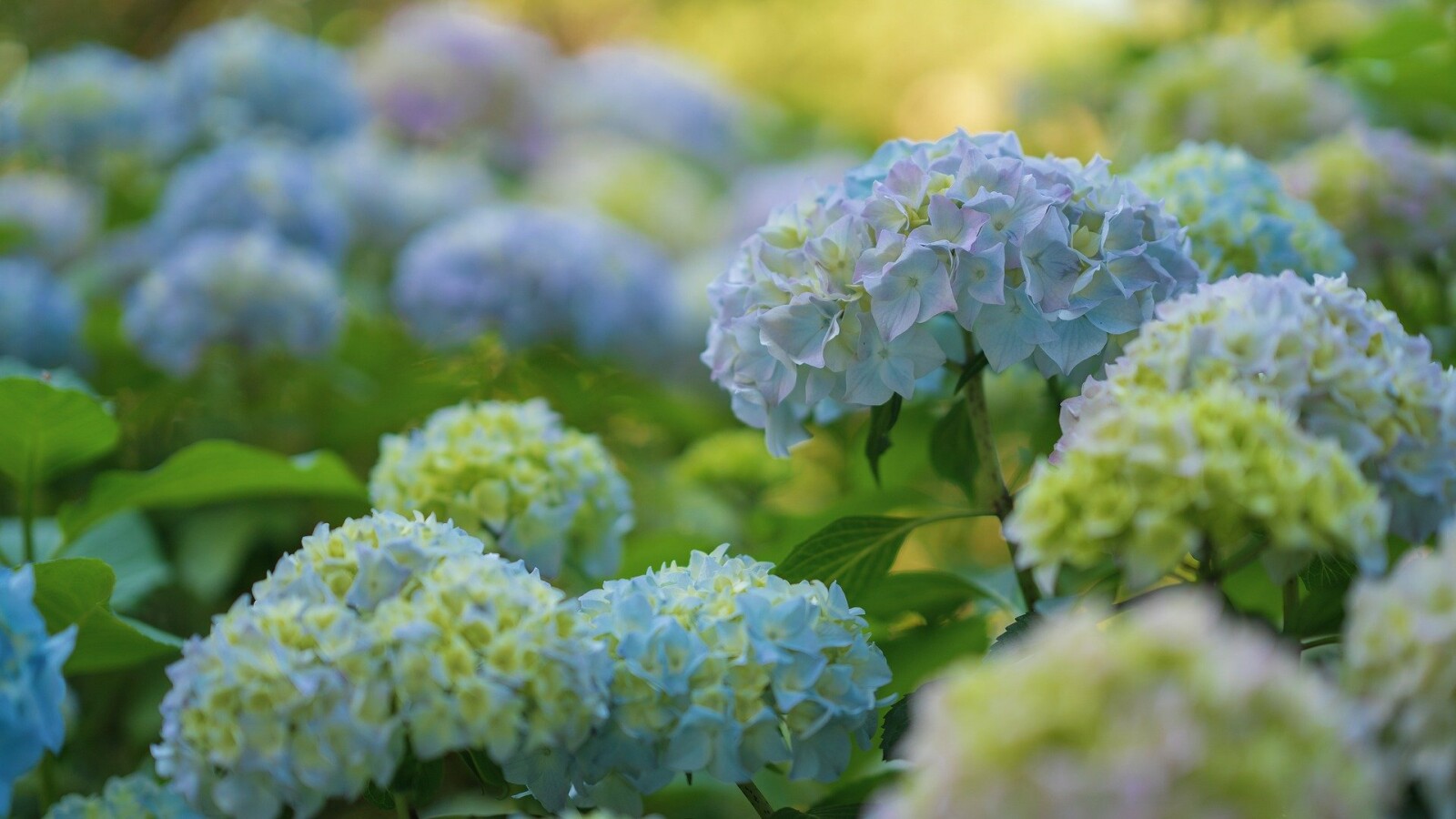 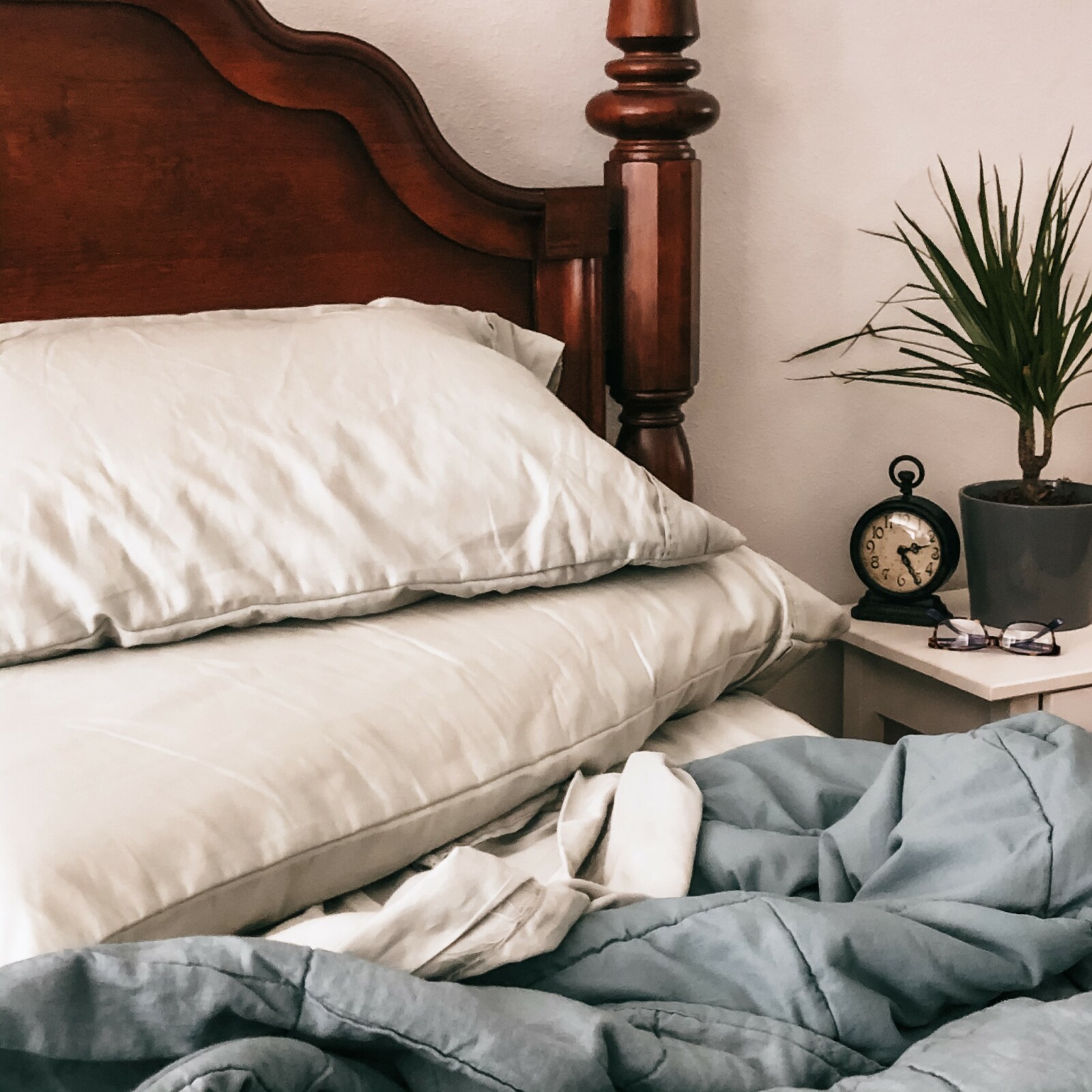 Who Has Time For Sleep? 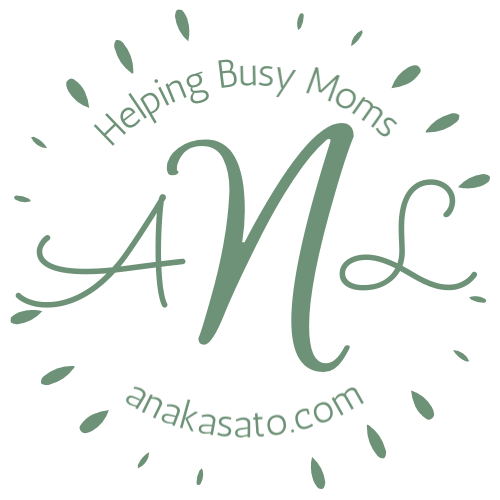 Welcome to my little space on the web! Kick off your shoes and stay awhile. I am so glad you are here. There are a multitude of resources out there and it's my job to go through it all and share my nuggets of tried and true wisdom with you. Ask and you shall receive, so send me your questions and I will do the digging and share what I find.
Ask a question 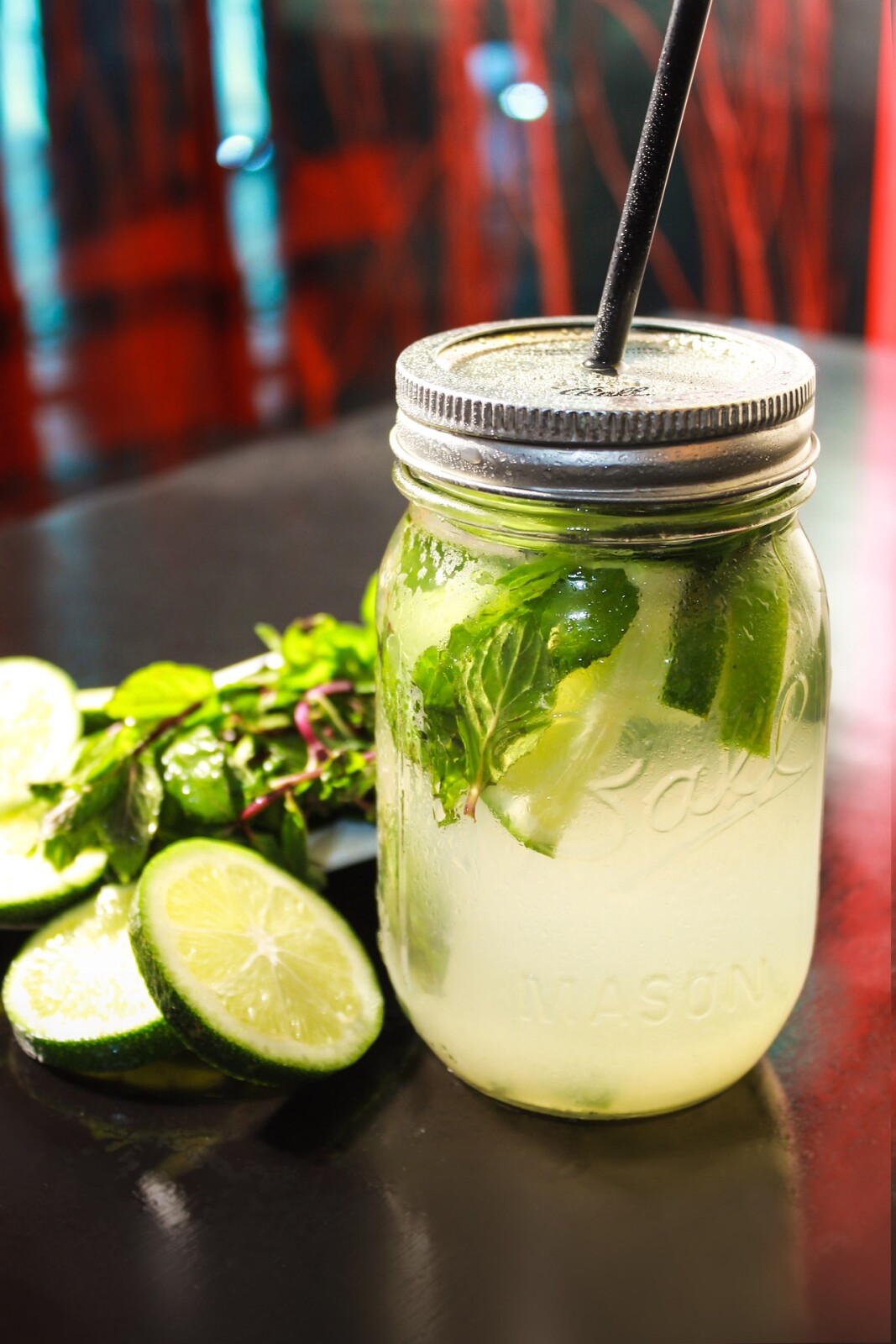 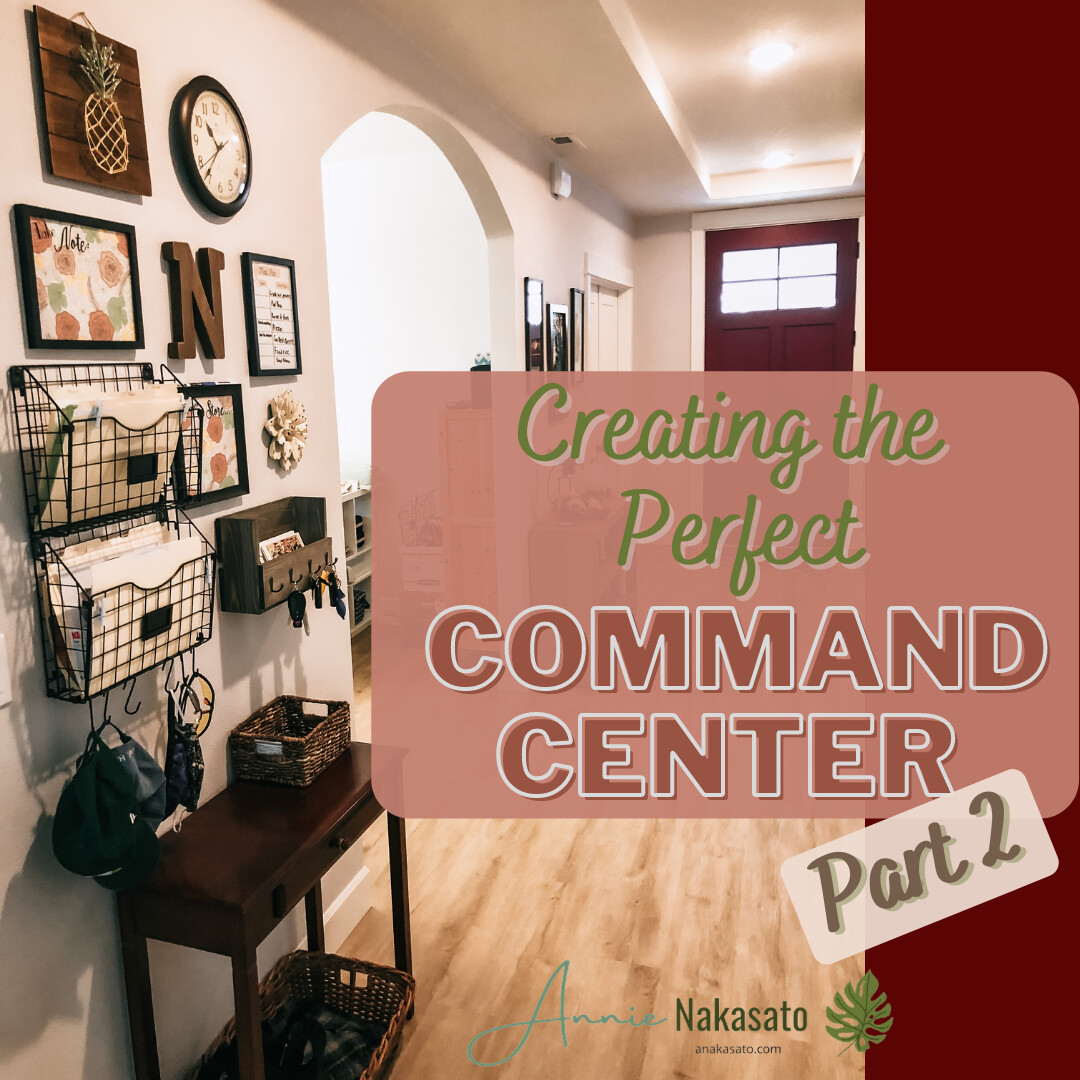 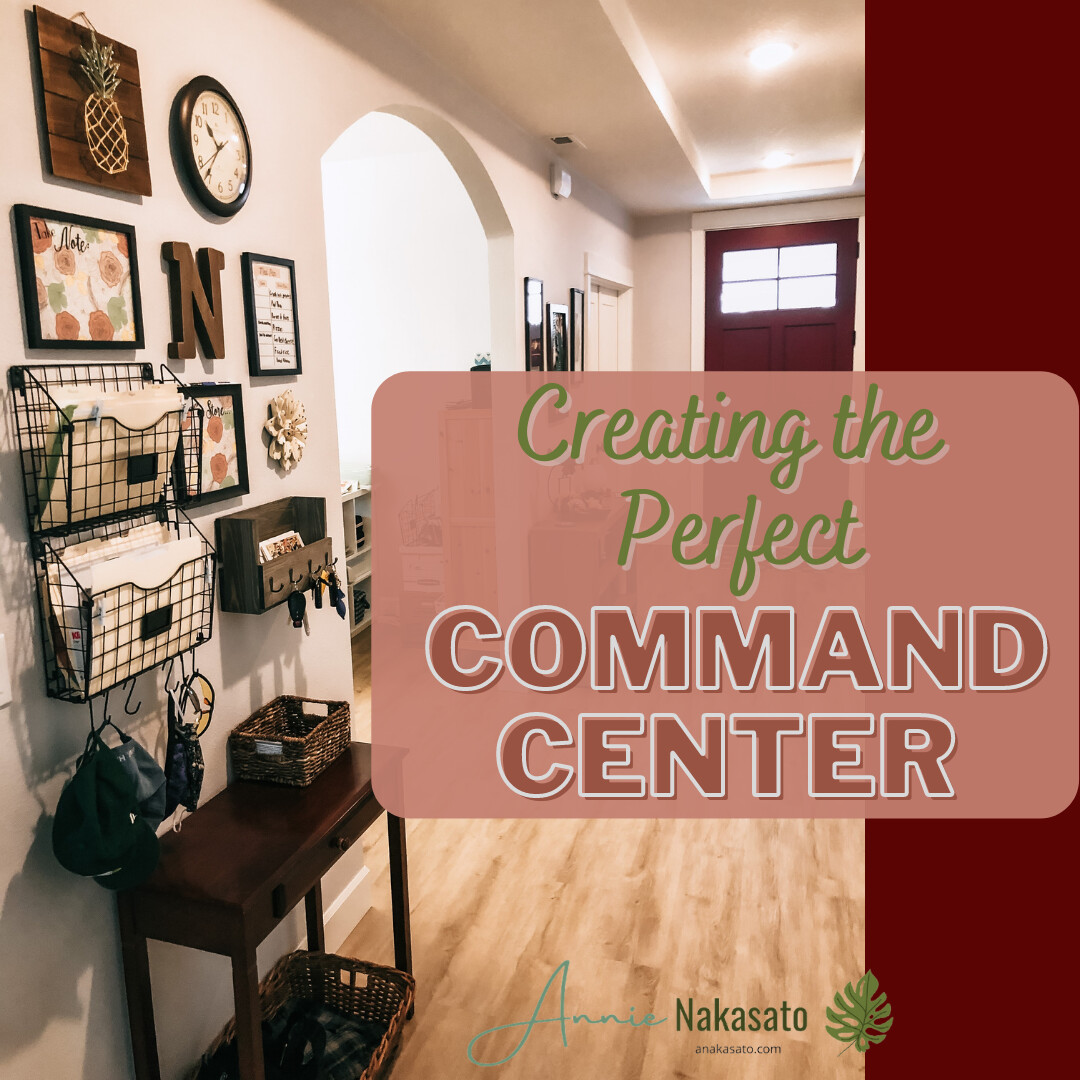 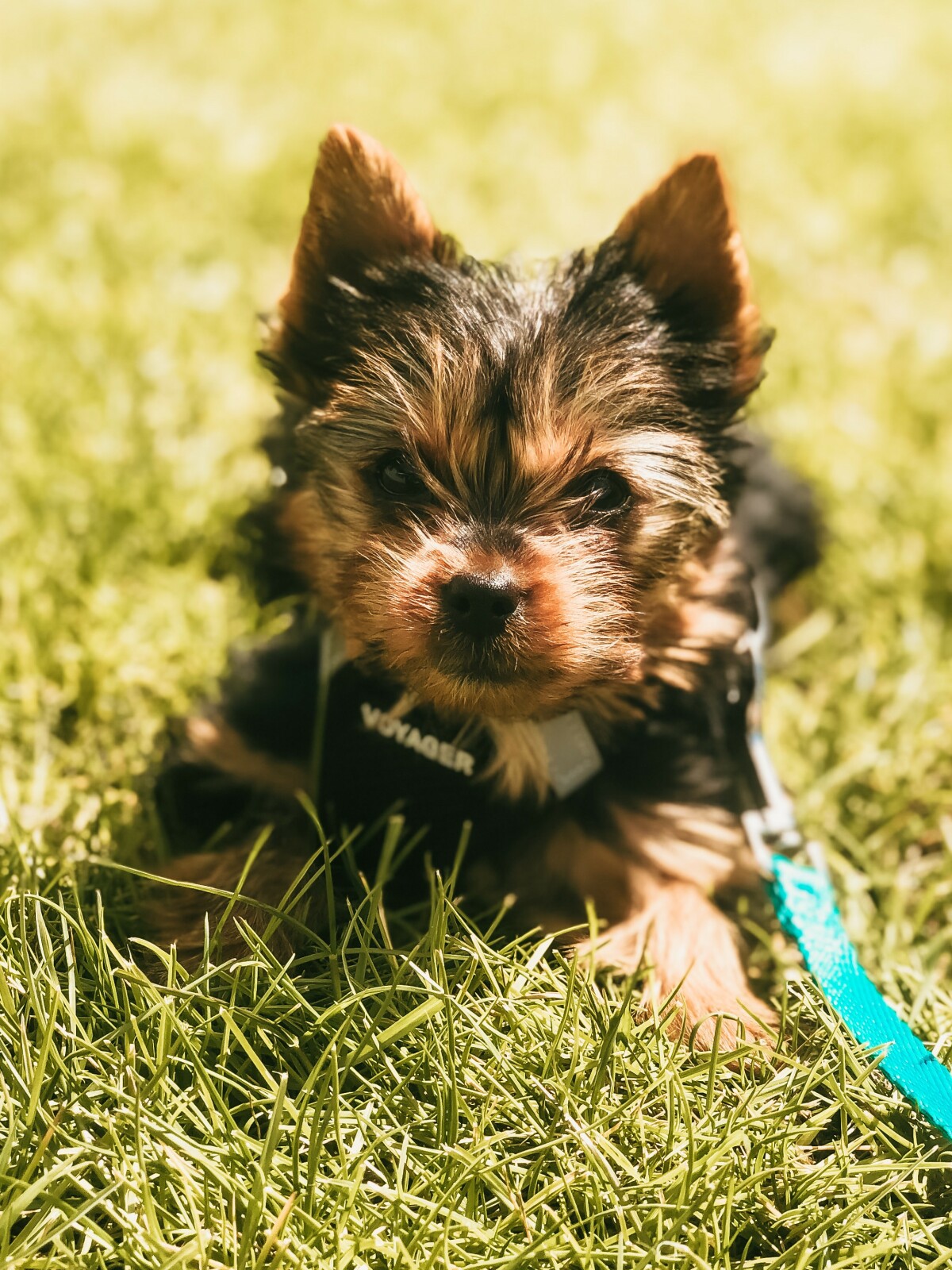 Welcome Lilo to the family!

Hi there, I’m Annie! I have two teenage daughters and I am an airline pilot’s wife. I used to be a tired teacher mama who was trying to do it all. My head would be pounding on the regular and my medicine cabinet was my best friend. I had no energy to do anything. I was a regular soda drinker, (like 2-3 cans a day). I took ridiculously long naps on the weekend just to do the things. I was in and out of the doctor’s office with regularity for this and that ailment.

Life was overwhelming. I started taking baths regularly while burning candles to try to relax and de-stress, because surely that was my problem. I spent ridiculous amounts of money at that candle store trying to find the perfect scent to set the stage for relaxation and aromatherapy. The headaches didn't go away, but my skin got all pruny from soaking in the tub so long.

Then my friend tells me about this stuff she was using and would I be interested in hearing from her friend who knows all the things. (OK, so she really didn't know ALL the things, but compared to us she did!) I am a total skeptic, but I like to learn new things, so I agreed to listen in. I didn't expect to get science that day. I went home and did my own research. I decided to give it a try for myself.

Now, I have ditched the medicine cabinet remedies for healthier plant based solutions and I feel better than ever. My head felt great! It is ridiculous to think that I just took that as part of my life when it didn't have to be at all. I have the energy to work all day and be a pleasant human being to my family in the evenings. I haven’t needed to take a sick day for myself in years. I have my life back! 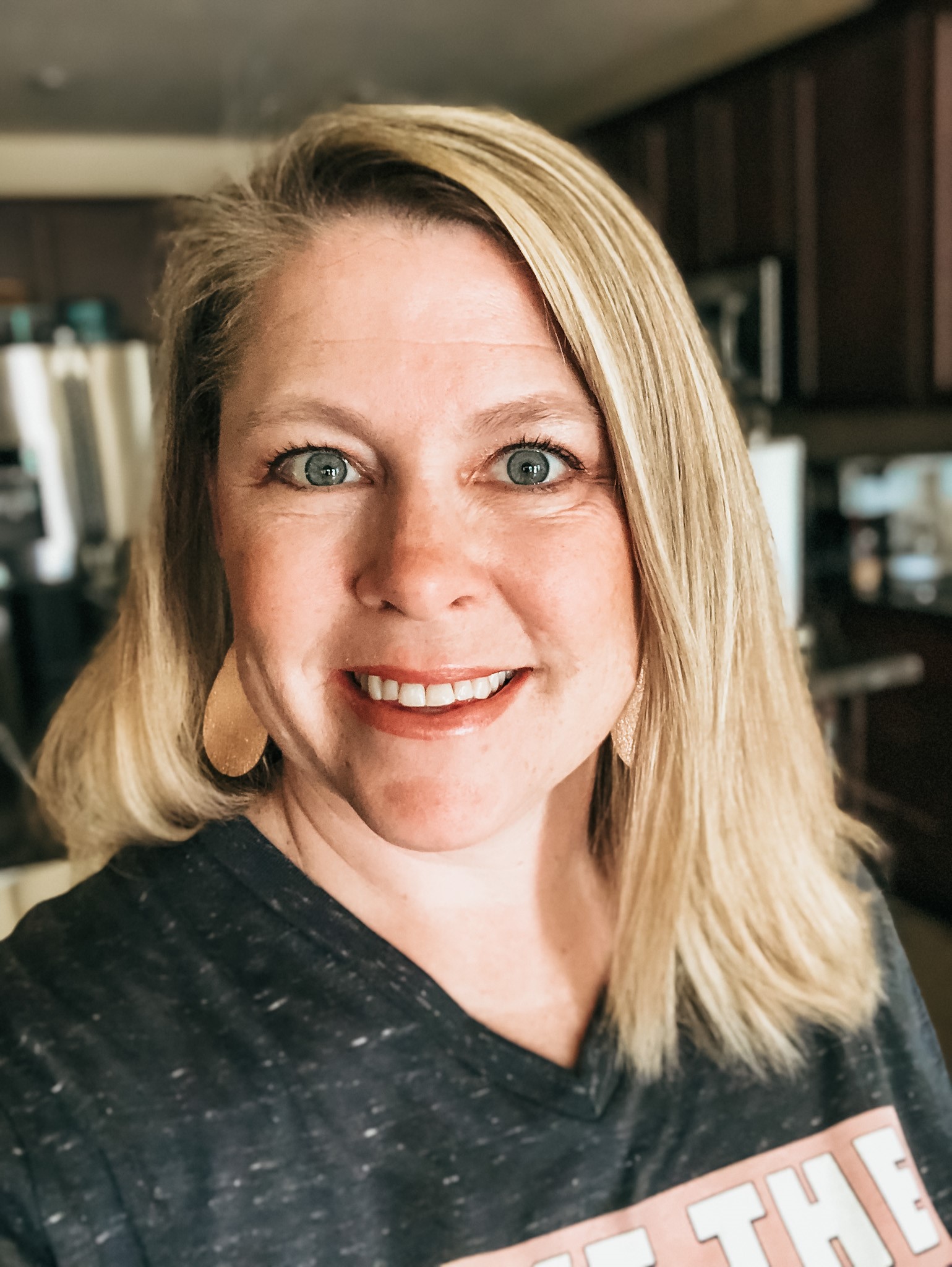